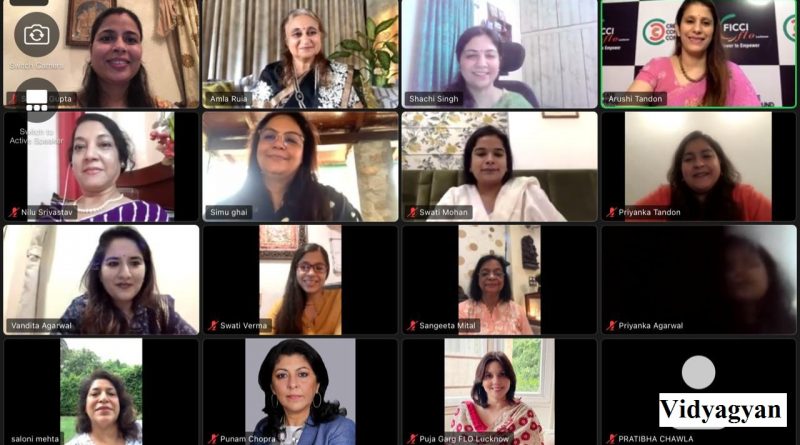 Lucknow . The country is facing the most severe water crisis in its history. About 60 crore people in the country are facing serious water problem. About two lakh people lose their lives every year due to lack of clean water. In view of this serious water problem, today FICCI Flow Lucknow Chapter organized a virtual program with water warrior Amala Ruia on the occasion of World Environment Day.

Born in Uttar Pradesh, 75-year-old Amala Ruia is also known as ‘Water Mother’. He has changed the picture of more than 500 villages of the country by making about 200 check dams with water harvesting system.

After the construction of the dam, 2 lakh people of the drought-prone villages started getting water and the annual income of these villages exceeded Rs. Amala had told that till now she has solved the water problem of 6 lakh people.

He has so far solved the water related problems of many dry villages. His mission started from Marwar region of Rajasthan, where there was not even a drop of rain in the year (1999-2000) and people were facing water problem, then Amla had set a target of providing water there. After that this cycle continued.

Amla says that the problem of water can be overcome by adopting the policy of water harvesting. The water stored in the dam is used for agriculture. Farmers now cultivate three crops in a year.

Ruia says that in the coming time, he and his team will do similar work in other states including Uttar Pradesh. His team is also working in Dantewada, Chhattisgarh. Let us tell you that she has also done similar work in many areas of Madhya Pradesh and Maharashtra. Today we need to run water awareness campaign from time to time.

This program was presided and conducted by Shachi Singh, member of Flow Lucknow, Flow members from all over the country including Seemu Ghai, Vandita Agarwal, Swati Verma, Shama Gupta participated in the program. It was also broadcast live on Facebook.